Clients say she lifts them up. prosecutors say she never gives up.

Lara Yeretsian is the principal of Yeretsian Law, a criminal defense firm in Glendale, California. As a practicing lawyer since 1998, Lara has a solid record for obtaining exceptional results. She is known not only as a tenacious advocate and master negotiator but also as a compassionate and uplifting guide for her clients through the often intimidating legal system.

While at the Law Offices of Geragos & Geragos, Lara worked extensively on numerous high profile criminal cases, including those of Michael Jackson, hip hop artist Nate Dogg, famed James Bond Director Lee Tamahori, and Scott Peterson. She proved herself savvy in handling these specialized situations with their extra challenges in protecting client privacy and dealing with the media, all while achieving case victories.

Lara has won the respect of hundreds of judges, prosecutors and fellow attorneys for her professionalism while tirelessly going to the wall every time to achieve just outcomes for her defendants. Lara has extensive trial experience. She has tried cases involving murder, rape, firearms, drugs, hit and run, and DUI charges, among others. As a trial lawyer, she has a near perfect record for achieving acquittal, dismissal, or mistrial. In fact, Lara has never lost a DUI trial.

Honors
As a result of her many successes, Lara has been named a Southern California Super Lawyers Rising Star for eight years in a row (2004-2011). She has received many awards over the years including being honored as 28th Congressional District Woman of the Year by Congressman Adam Schiff in 2019, and as a Southern California Super Lawyer in 2019. She also received the Business Woman of the Year Award from the Armenian American Chamber of Commerce in 2010 and the Woman of the Year Award from the Armenian Bone Marrow Donor Registry in 2015. She was also honored with the opportunity to author a chapter in Reaching the Bar: Stories of All Women at All Stages of Their Law Careers

Civic Involvement and Philanthropy
Lara was until recently the Chair of the Police Permit Review Panel of the Los Angeles Police Commission, and she remains a panel member. She has also served as the Vice-Chair of the Panel and has been a member since January, 2014. Lara serves on the board of the Los Angeles City College Foundation. She also serves on the board of the Armenian Bone Marrow Donor Registry and was on the board of the Armenian National Committee of America, Western Region. She has organized numerous fundraising events for non profit and charitable organizations including the annual Laughter for Life comedy night at the world famous Comedy Store in Hollywood where for years she has assembled an impressive array of nationally known comedians for entertainment.

Past Experience
Before opening her own firm, Lara practiced for ten years at the prominent law firm of Geragos & Geragos. Prior to that, she interned for Judge Robert M. Takasugi, United States District Court, Central District of California, and for Judge Bert Glennon, Los Angeles Superior Court. While pursuing her LL.M. (Masters of Laws) Degree in Washington, D.C., Lara worked with the United States House of Representatives, Committee of Commerce, Subcommittee on Telecommunications, Trade and Consumer Protection. She has also covered international law issues for the California State Bar International Newsletter.

Education
Lara received her LL.M. Degree (Masters of Laws) in International and Comparative Law, with Distinction, from Georgetown University Law Center in Washington, D.C. (1998); her J.D. from Southwestern University School of Law in Los Angeles (1997); and her B.A. in Political Science from California State University at Northridge (1994).

Multi-Cultural
Fluent in Armenian and Arabic and imbued with multi-cultural experience, Lara brings an invaluable and unique perspective to the criminal defense world. 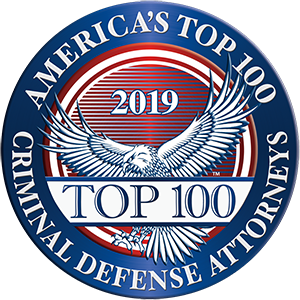